“Of course the world needs revolution, revolution without ‘Masala’” 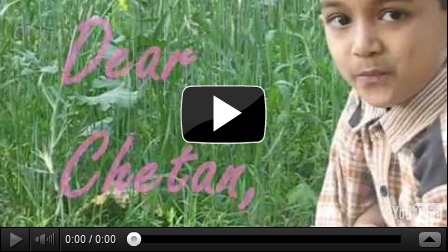 Also read the blog on this issue  - The CALL’s issue that revisits & responds the revolutions! If you are new to The CALL and would like to get the magazine, subscribe by clicking The CALL Subscription.

Technorati Tags: Chetan Bhagat,Revolution 2020
Posted by The CALL at 12:55 PM No comments:

The CALL’s issue that revisits & responds the revolutions! 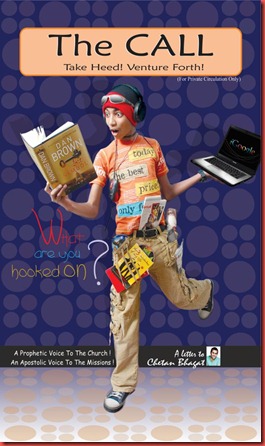 The bygone year was indeed an eventful year or rightly put events that revolutionized the world. Several political revolutions that sprung up in the Arab world that came to be called as “Arab Spring”, resulted in the rulers being forced from power in Tunisia, Egypt, Libya and Yemen. Civil uprisings and major protests were also seen in Bahrain, Syria, Algeria, Iraq, Jordan, Kuwait, Morocco and Oman and minor protests in five other Arab nations.

2011 also witnessed an economic revolution that affected the financial capital of the world, Wall Street, New York. The ‘Occupy Wall Street’ (OWS) protest was staged against the social and economic inequality, greed, corruption, etc. The editor and co-founder of Adbusters who initiated OWS said, “Anna Hazare is one of our heroes and mentors.” And the social & political revolution in India led by him to enact a stringent anti-corruption law in India as envisaged in the Jan Lokpal Bill saw a huge response.

That was not the end of revolutions. The media revolution affected the world when CNN International rated the song ‘Why this kolaveri di?’ as the world’s top song of 2011. And Indian author Chetan Bhagat was rated one among the world’s most influential by TIME magazine.

The church also gets caught and swayed away by these and not knowing that “it” is the answer, goes on to choose what it “feels” as right and also becomes “fans” of such frenzy! The saddest of all is the state of the youth and the cover story “What are you hooked on?” investigates and presents the truth. The church needs a revival so that it can become that answer; as all these revolutions cannot be a solution to the inner longing, hopelessness, depravity, peacelessness, security, etc. but JESUS and His church is! And this can happen only if the church of Christ readies itself for a revival, knowing that the Lord who has promised success is calling us to “Arise and Build”!

Two articles feature two writers, Chetan Bhagat and John Bunyan whose works have been made into movies. John Bunyan is spoken about and the movie on his book ‘The Pilgrims Progress’ is re-made even after four centuries, whereas even the movie makers who made a movie on Chetan’s work do not want to credit him! What’s the difference? Only truth stays forever! Read the articles for more insight. “Of course the world needs revolution, revolution without ‘Masala’” enounces the video on Chetan Bhagat created by The CALL team. Visit the YouTube channel http://www.youtube.com/gemsthecall to watch the video.

Most children would either be preparing or writing their final exams and they would see themselves in  the story ‘Noah and the tests’ where they can learn godly principles to face exams.

‘Muddy handprints of a little girl’ is the retelling of a heart-breaking incident in the life of a kid which resounds the call to Stand @ the GAP for the negative influence of media and the hurting children.

Let this issue reshape your thinking, echo God’s call in your life and inspire you towards divine and meaningful purpose!

Dear subscribers, this issue will be in your mailbox in ten days time. If you are new to The CALL and would like to read subscribe by clicking The CALL Subscription.