Knocking Down The Tempter

Ah! If you are reading this post then almost all my efforts are going in vain. May be you should at least have a look at all that I tried to contain this. (May be this time I might succeed!) You can see my hard efforts at Ha-ha-ha-ha 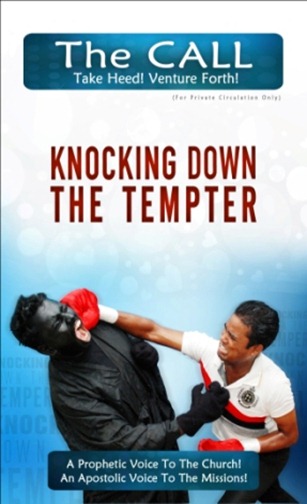 When Hobart Mauer, the onetime president of American Psychological Association wrote, "For several decades we psychologists looked upon the whole matter of sin and moral accountability as a great incubus and acclaimed our liberation from it as epoch making. But at length we have discovered that to be free in this sense, that is, to have the excuse of being sick rather than sinful, is to court the danger of also becoming lost… In becoming amoral, ethically neutral and free, we have cut the very roots of our being, lost our deepest sense of selfhood and identity, and with neurotics, themselves, we find ourselves asking, "Who am I, what is my deepest destiny, what does living mean?" it appeared that he had come closer to the realization of the truth; but he did not commit himself to the truth for transformation.  Very shortly he committed suicide. Atheism and Psychology could not save him.

The article “Lending hands to help people LIVE” would equip to help such people suffering with suicidal thoughts, clearly stating the hope that is in Christ Jesus. When literally Google is everywhere its influence through its campaign to support Homosexuality and its rights at the workplace, is on the rise, the perceptive article in the Tentmaking column would help Christians at the workplace to stand for the Truth.

As the Olympics gold medallist Charlie Houchin said in the London Olympics that that it was his faith in Christ that made the victory sweet, the article “Knocking down the Tempter” shows the way to be victorious over temptations.

Even as you read this issue of The CALL our prayer is that you who have started in Spirit may not finish in the flesh, as the lead article “Are you finishing in the flesh?” urges.