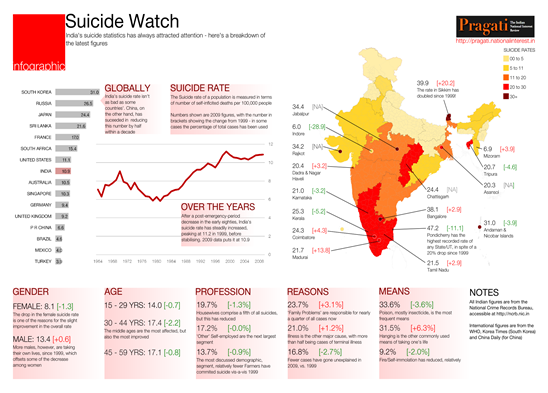 It is alarming to look at the above statistics on Suicide.

“Thirteen years after his (Elvis Presley, the King of Rock 'n' Roll, was one of the most popular American singers of the 20th century) death, a text beside the photo of the singer proved that he had committed suicide…. The youngest Wimbledon champion Boris Franz Becker was at the very top of the tennis world and yet attempted suicide.” quote Dr Stanly & Dr Preena Stanly in this article “Lending hands to help people LIVE!” in The CALL and go on to ask, ““Have you ever lost in despair and thought to yourself that it is better that I die? Have you ever prayed: “I have had enough, Lord; take my life”?”

And just not stopping with these questions they analyse the various reasons behind attempts of suicides and bring out a Biblical and practical solution to help people suffering with such suicidal thoughts so that they may LIVE!

Read this article to know the ‘Psychological, social and biological reasons for suicide’, ‘Common Misconceptions about Suicide’, ‘Risk Factors’ and methods to help such people. To know how to subscribe to The CALL visit Subscription.

Knocking Down The Tempter: The Youth Article

"When I watched a Boxing match as a teen I thought, “Gosh! If only I could give such a punch on the face of the devil and knock him and the temptation down!” And I know that this is the heart cry of many teens and youth.... Here I am going to take you through a boxing match – or rather through “Sparring”, a practice fighting. So gear up to knockout the Devil!" writes Mariyosh in the youth article in this issue (Knocking Down The Tempter) of The CALL. Subscribe to read! 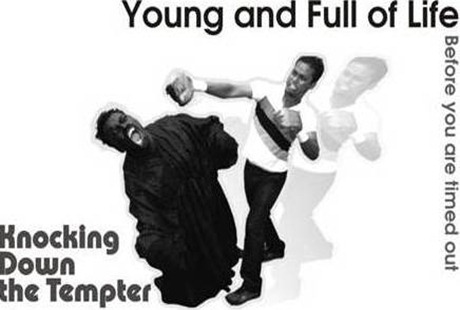 Are you Finishing in the Flesh?

"It is true that many of God’s children and servants begun in the Spirit; but it breaks our heart to see in the long run that they finish in the flesh. (Galatians 3:3)" writes Brother D. Augustine Jebakumar in this issue of The CALL and lists the actions of those that ended up in the flesh, so that we may safeguard ourselves from falling. Read this issue of The CALL - Knocking Down The Tempter! Commission Coupled with a Promise

Ten months have passed by and yet the commission of the Lord is still calling us coupled with a promise! So let's arise and build God's kingdom!!