The Food is on the Stove! Please be Patient! 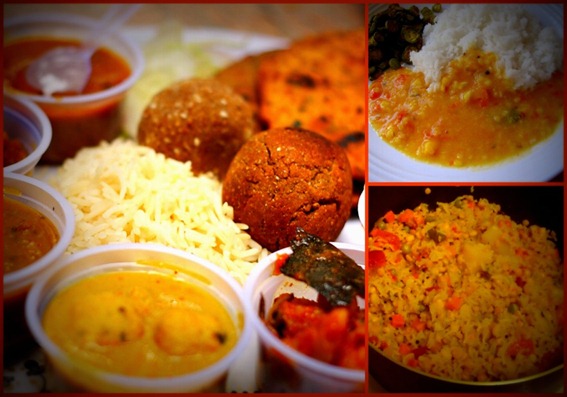 Four types of food gets prepared at my home. One, is the normal Dal (curry made of pulse) and Sabji (cooked vegetables) that we make almost everyday. The second variety is the Khichdi which is a quick preparation. Days when we are very busy we just add rice, dal, onion, tomatoes, chillies and spices together and cook them all together which makes Khichdi. When already prepared food gets carried over to the next day that becomes that days meal! Old food heated and ready, that’s the third variety!

The fourth is the special food that gets prepared for guests. My wife and I would spend enough time planning on what to cook; then we would check our kitchen shelves for the needed ingredients; we would shop for the necessities and spend lot of time cooking that meal. This would have the main course, curries and of course desert! Because we want the invited guests to really relish that which we have made and because they are special!

Here at The CALL too, we always want to give the BEST, the SPECIAL for our valuable readers. We do not compromise with the quality in the material that we prepare and always like to give enough time for the writers to pray, ponder and pen the articles.

Preparation is on, the food is on the stove and it would be served hot soon! Hope that you would be patient with us as we are preparing this special edition for you! Are you curious on what’s special??

The upcoming issue would feature –

A featured article by Reena Goforth

The Story of Aparna, for Children shared by Angeline Mariyosh

Angelene Gracia speaks from her life in the MK Memoirs

Sumithra Jeyaraj giving a gist on the status of women in India, internationally and at the workplace encouraging meaningful prayer and action

Do  you sense that there is something special about this issue? Give it a thought! If you have found what’s special about this first quarter issue of 2013 why not send an email to thecall@gemsbihar.org and share your finding with us! We would be happy to hear from you. If you do not receive The CALL please send me an email.

"There are countless who get excited about the promises of blessings which they receive in many prayer meetings and magazines. But they just ignore the responsibility that keeps increasing in their lives.... In this letter, I am going to write to you about the responsibilities that follow promises and the determination required to fulfil those responsibilities." writes Brother Augustine Jebakumar in this article in The CALL. Click to read the editorial of this issue Christmas Issue of The CALL! To subscribe to The CALL click Subscribe. 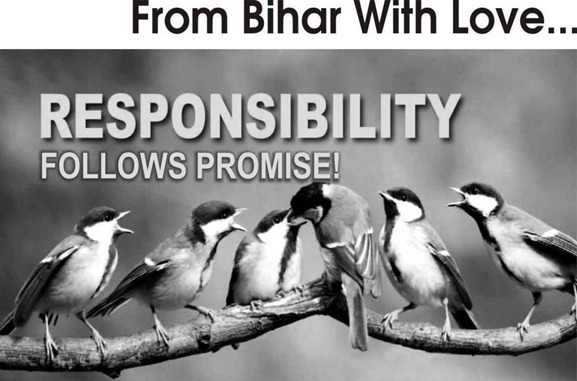 An Inside look into the last issue of the bygone year! 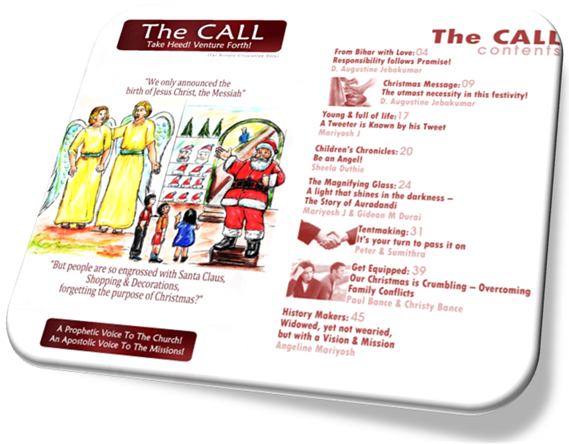 Click to read the Editorial of this issue http://thecall.gemsbihar.org/2012/12/christmas-issue-of-call.html

We thank God for enabling us to release these four issues of ‘The CALL’ in the bygone year 2012. 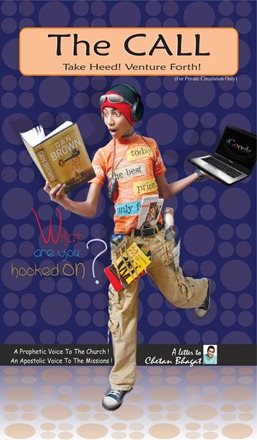 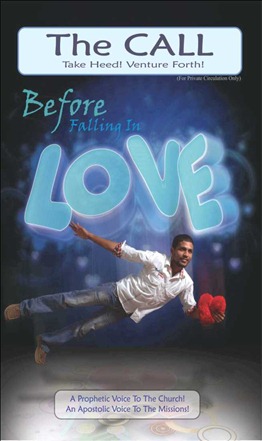 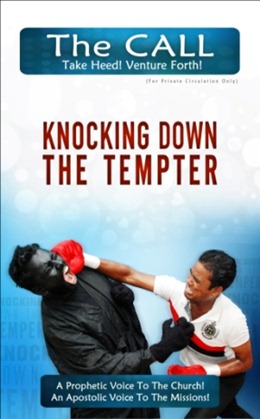 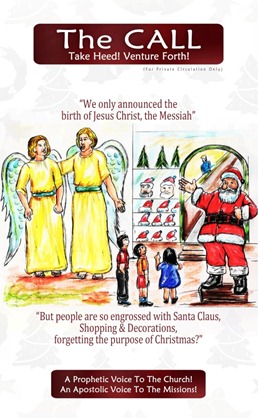 (Click on the individual covers to read their Editorials)

The CALL issues are 64 pages packed with contemporary subjects and convicting Biblical perspectives to pertinent issues.

The making of the Cover of every issue is a very interesting phase in The CALL. It is a stage that involves lot of thinking and pondering upon pouring over all the articles. The idea is to create original images. The photographs in the first three Covers of 2012 were shot in our Studio @ Sikaria by Brother Samuel Vincent.

Thanks to the Team without whom these Covers wouldn’t have been possible. Still I remember how much Anand and I troubled Sam to get that “O” expression on his face for the “What are you hooked on ?” Cover. And after every shot Sam would go “appa”, weighed down by the Dan Brown’s book on his right hand! 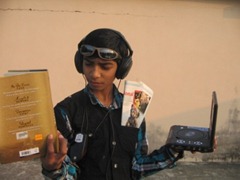 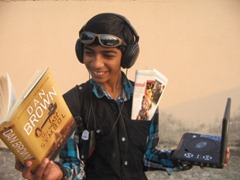 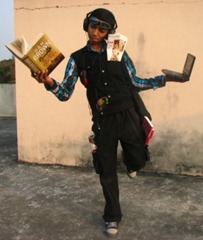 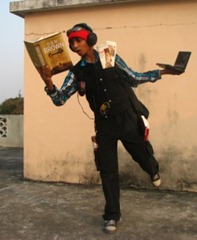 Before “Before Falling in LOVE” cover photo could be finalized Sobal had to fall nearly 25 times while Brother Vincent brilliantly captured his descent in motion; so much so that Sobal had to bear the pain in his left shoulder the next whole day! 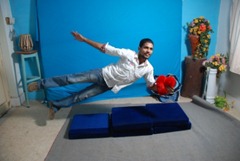 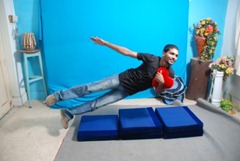 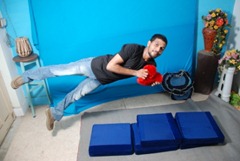 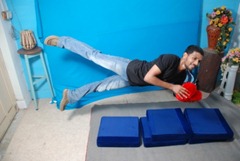 As the youth article in the Third issue was on beating temptations and the opening line goes this way, ‘When I watched a Boxing match as a teen I thought, “Gosh! If only I could give such a punch on the face of the devil and knock him and the temptation down!”’; we wanted the Cover to replicate a boxing scene, wherein a young believer knocks down the Tempter.

And this is the boxing scene that we wanted to replicate… 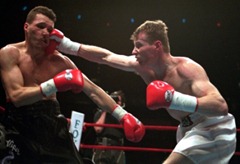 And you would agree that not only this posture is aptly replicated, Sunny and Ravi with their expressions have outdone them! 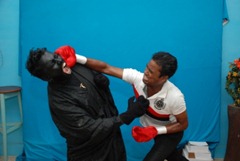 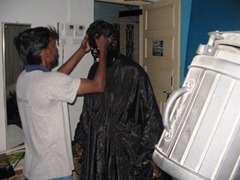 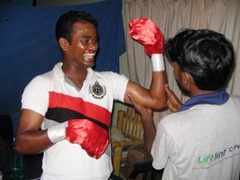 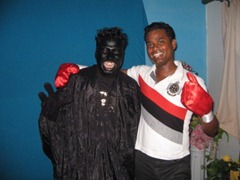 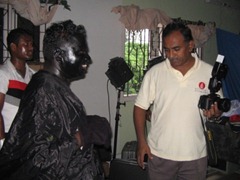 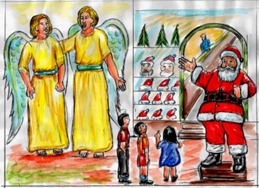 For a very long time I wanted to use sketches in The CALL  as it is a powerful medium to communicate truths and perspectives, understandable across age groups. We tried that out in the last quarter issue as its Cover and hence born “Calltoon”, The CALL’s original sketches. Bro Caleb (Kannan) who specializes in sharing God’s word to children through GEMS, brought out the concept in this sketch form.

These are just the stories behind the Covers of The CALL. Much more could be said on the publishing of each article – right from receiving the inspiration from God and taking it to the right people, giving the needed schema, the writers’ writing process up to the publication. But what I have experienced in the making of these issues is that every issue made a greater impact and brought in a needed change in me and made me understand God in different ways and I know that every team member and contributor would have had rich experiences; as we set to mould and motivate lives, God moulds and makes us! 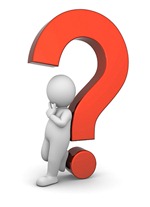 Confused with perspectives, not knowing what stand to take, when many are going wayward, we through The CALL want to say to the world “there are meaningful answers to your every quest”. And inorder to make the church too to do the same, we  want to be a prophetic voice to the church and an apostolic voice to the missions, which is The CALL’s call. When we are grateful to God for His enablement last year, our hearts are filled with the anguish that every moment someone somewhere is inching towards death and hell. Would you consider it as your responsibility to join with us to empower the church to take the Good & the Great News? If your heads nod and your heart says “yes”, send me an email to thecall@gemsbihar.org so that I can let you know how you can involve in The CALL in this year 2013!

May the Lord make you a blessing to many in this Purpose filled Year!