"Facebook executive Sheryl Sandberg recently (March 2014) launched a female empowerment campaign called “Ban Bossy” to eliminate the use of the word “Bossy” to describe women who are assertive and leaders. This has grabbed headlines and many other prominent women including Michelle Obama have extended their support for this campaign. Such movements to promote gender equality are not something new....
However radical the media is trying to be these days, women are more and more “objectified” in advertisements, magazines, art, and so on....
Even with passing of numerous laws and acts in favour of women, there seems to be no end to the growing atrocities against women.... Was the woman created to be treated thus?" asks Sumithra in this article in The CALL and critically and biblically answers whether this & such campaign the social disease of Sexism? 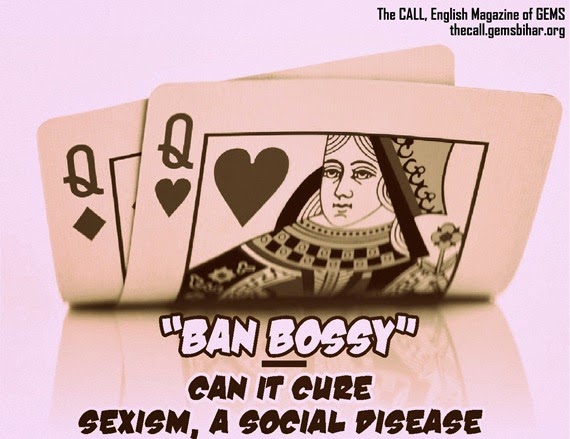 This article is part of the "Social Issues Special" issue of The CALL that voices out social evils like Casteism, Racism, Bribery, Corruption, Gender Discrimination; addressing a few such Social Issues and presents the prospects in Biblical perspectives. Click to read to know the pulse of this magazine. http://thecall.gemsbihar.org/2014/04/social-issues-special-of-call-release.html

To read this article and to receive The CALL click http://thecall.gemsbihar.org/p/subscription.html