One of the articles that we were working on to be published in the Sports Special issue of The CALL was on an interview with a GEMS Missionary, Brother Immanuel Jayakumar. While editing the interview that was transcribed by Br. Ashish Daniel, was when the idea struck to put him on the Cover. The article and the Cover was titled ‘Wished to breathe my last in the Ground…’. 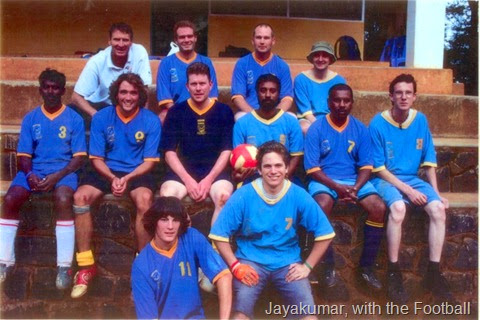 Br. Gideon M Durai (GEMS Media) was the Lensman who was literally on the ground to take the shots on the morning of 6 September 2014. 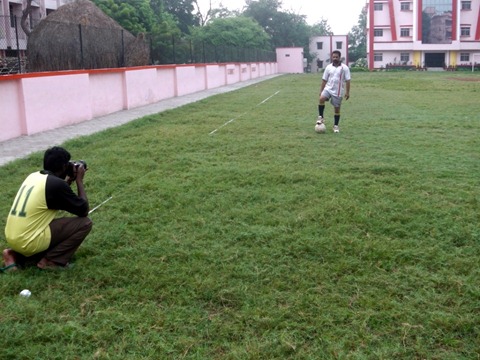 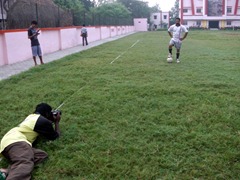 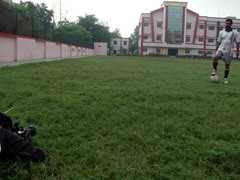 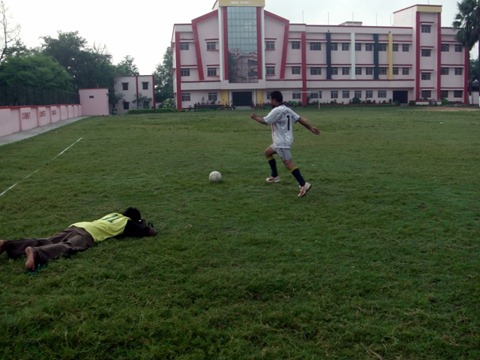 Even as his skilful fingers were clicking the shots, Br. Jayakumar simulated various football shots. 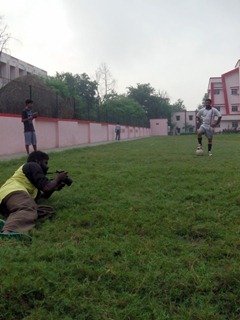 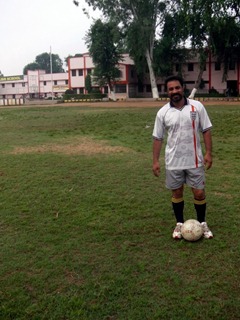 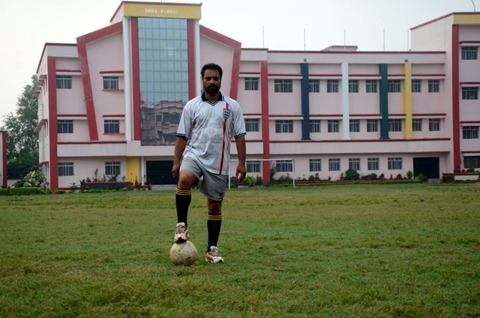 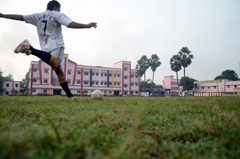 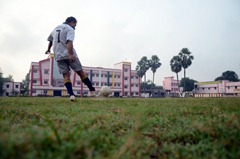 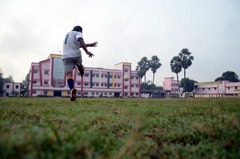 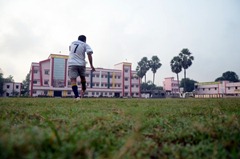 After a satisfactory session of photo shoots the photos were sent to Br. Alwin Aniz (Kalpakkam) who worked on the photographs and created the Cover as you see it! 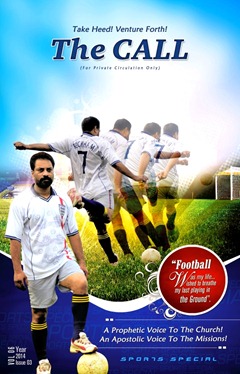 Mattie Stepanek rightly said, “Unity is strength… when there is teamwork and collaboration, wonderful things can be achieved.”