The Administration Special of The CALL 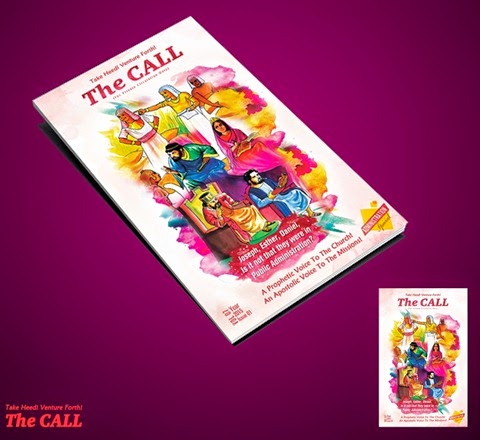 Administration Special – the idea for this issue came up when the Prime Minister of India announced 25th of December as Good Governance Day. Though there were lots of hues and cries from some political parties and groups for trying to reduce the importance of Christmas, there were others who share this opinion that the birth of Jesus Christ quite well signifies good governance. Prophesying on the birth of the Messiah Isaiah says, “For unto us a Child is born, unto us a Son is given; and the government will be upon His shoulder. And His name will be called Wonderful, Counsellor, Mighty God, Everlasting Father, Prince of Peace.” (9:6)

Drawing on this inspiration this issue of The CALL presents various perspectives on the themes of Administration or Governance. Here we talk about Church, Corporate & Country governance. Why is this so important a subject to address? The recent judgment on India’s biggest corporate frauds, the Satyam Computers scam, allegedly worth over $1.5 billion sentencing its founder Ramalinga Raju to seven years imprisonment, serves as a warning.

The recurring themes in Narayan Murthy’s book ‘A Better India: A Better World’, the founder of Infosys, talks about good corporate and public governance, where he advocates transparency, integrity, credibility, trustworthiness, making sacrifices, good value system, clear conscience and character. What do you think is the source of these? Talking in this line, the article ‘Government on His Shoulders’ prescribes the Seven Indicators of Scripture based Administration. The MK Memoirs column brings out the personal experiences and expressions of a GEMS MK from his corporate and mission work in the article ‘MK in Mission’.

‘God’s Cabinet’ looks at the various ministries of a nation’s government in the light of the Scriptures that promises change and good governance. The article on ‘Biblical Governance’ shows the transition from theocracy to monarchy and gives the call to involve in nation building.

While we live in hostile times it is essential that we consider the question the lead article poses ‘Are Christians Anti-Patriotic?’ and heed to the author’s counsel that “it is imperative that we, as Christians, live as responsible and caring citizens in this nation”. To be responsible and caring requires, many a times, to be daring. ‘Risk Takers or Care Takers or Under Takers?’ is a trumpet call waking up sleeping giants of mediocrity and administration red tapes.

When we are faced with failing politicians, corrupt bureaucrats, greedy & manipulative managers there is very little chance for good governance and development. Quoting Murthy again from his book (pg. 191), “The rule of law can only defeat the perverse mind. It cannot defeat the perversity of the heart”. Hence we are posed with the question, is there any hope for change?

The life of one another person who shares two things in common with Ramalinga Raju gives us hope. Raju is a management graduate from Ohio University and the Ohio student protests were what culminated in Watergate Scandal, a major political scandal, which led to the discovery of multiple abuses of power by the Nixon administration. This led to the resignation of the US President Richard Nixon which indicted seven of his aides including Charles Colson who served as a Special Counsel to the President. As Colson was facing arrest he received a copy of C.S. Lewis’ book ‘Mere Christianity’ after reading which Colson committed his life to Christ and later founded ‘Prison Fellowship’. Colson writes in his book ‘God and Government’, “If Christians today understood this distinction between the role of the private Christian citizen and the Christian in government, they might sound less like medieval crusaders. If secularists understood correctly the nature of Christian public duty they would not fear, but welcome responsible Christian political involvement.”

‘Is Politics or Public Administration meant for Christians?’ not only answers this question satisfactorily but makes the case for Christians to consider this call, to witness and to be the right kind of leaven.

This is a voice and we wish and pray for many echoes to follow and raise God’s echelons!

The Problem with the Bible Seminary

"The pioneers of the modern missionary movement did not establish a Bible seminary/institute or school. In order to bless India, those Calvinist-Baptists founded Serampore College in 1818. Their leader, William Carey, was one of the greatest Bible translators/publishers of all times. Yet, along with teaching the Bible, that cobbler-turned-linguist taught botany, horticulture, astronomy, forestry, and agriculture..." writes Dr. Vishal Mangalwadi and goes onto answer the questions, 'Did their theology separate “sacred” subject of divinity from “secular” studies?' and 'Was holistic mission that cared for the poor already on the margins?' 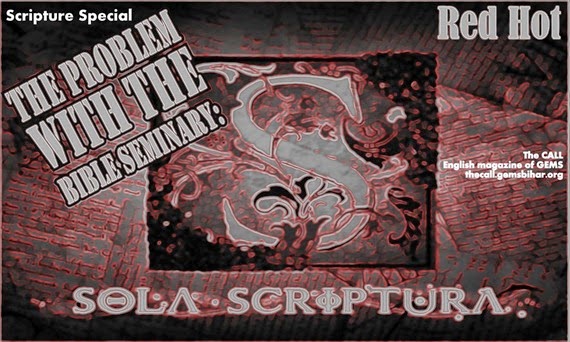 This article is part of the Scripture Special issue.

Click to read an intro to this issue The Scripture Special