“These are days where the ideals of “national spirit” or “nationalism” are being much hyped about both in political and social echelons. At the same time there seems to be a deliberate accusation that Christians are without this national spirit. There was a similar outlook in the aftermath of partition, post-independence, where Muslims were identified with Pakistan and Christians with the British. But, in today’s context, though there is a general identity of Christians with the west, there seems to be particular fixation with the Americas. As a result we are increasingly seeing an opposition to all that is Christian in the fabric of our nation.” writes Bro. D. Augustine Jebakumar (Founder / Gen. Secretary, GEMS) in this article in The CALL.

He goes on to add, “Just like a specific group opposed the building of the Temple, in the days of Ezra (chapter 4), on certain grounds, today those who oppose the work of the gospel also put forth four arguments…” and places the four arguments and answers them. 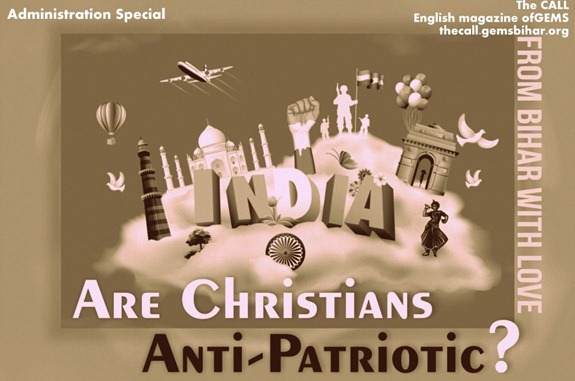 This article is part of the Administration Special issue of The CALL.

Click to read an intro to this issue The Administration Special